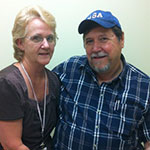 Pete Boehme, now 62, was born with a heart valve defect which is associated with later development of aneurysms. He learned of the potentially life-threatening condition at age 60 by chance.

“I had no prior indication at any time in my life that there was a problem with my heart,” said Boehme.

So it was quite a surprise when an unrelated medical CT scan image in 2010 also happened to capture an abnormal spot around his heart. Upon further discussion with his primary care physician and cardiologist, Boehme learned he had an ascending aortic aneurysm.

This condition causes a bulge around the thoracic aorta, which is responsible for pumping blood from the heart to the rest of the body. The larger the bulge becomes, the greater the risk of separation and disintegration of arterial lining, or even rupture and internal bleeding, all of which can lead to stroke or death.

“At the time, the aneurysm wasn’t causing stress on my heart,” Boehme said. “But I was scheduled to have regular imaging tests to monitor for any significant changes in size.”

A follow-up screening appointment in August 2011 showed that the aneurysm had grown at a much more rapid pace and expanded above the level of the heart valve. Boehme’s cardiologist from Dickson Cardiologist Associates told him it was time to see a heart surgeon and he was referred to Seenu Reddy, M.D., cardiovascular surgeon at TriStar Centennial Heart & Vascular Center in Nashville, Tenn.

“When we first met with Dr. Reddy, he sat down with my wife and me to review the images of my heart,” recalled Boehme. “He explained that the growth had gotten to a point that I needed to have surgery.”

In the recent past, a thoracic aortic replacement would have required major open surgery and resulted in a several week recovery period. The procedure uses a large incision the length of a patient’s chest and the surgeon has to temporarily clamp the aorta, putting a great deal of stress on the patient’s body. Today, highly trained and experienced heart surgeons like Reddy have a much less invasive surgical option for patients resulting in a much shorter recovery time.

“Mr. Boehme was a candidate for a specialized procedure we offer called a minimally invasive thoracic aneurysm repair,” Reddy said. “This procedure allows me to place the patient on the heart lung machine using a small incision in the groin and under the collarbone. This allows the chest incision to be less than half of the usual length, thus allowing for faster recovery and return to work or normal activity.”

This was scary news, especially for Boehme’s wife, Mary. The surgery team met with them both to explain the surgery and answer any questions they had.

“That first team meeting with Mary led her to feel less stressed about the possibility of complications and left her much calmer about what was to occur,” Pete said.

After several appointments and discussions, Pete and Mary arrived at TriStar Centennial Heart & Vascular Center for his surgery on April 30, 2012. The surgery took several hours because of the complexity of the procedure, but was successful.

Mary received telephone reports about the surgery progress every 75 minutes. The Boehme’s describe those updates as “a God send’ for family members waiting to hear any news.

“This was an incredibly scary time for all of us. We went from scared to petrified to relieved,” said Mary. “Dr. Reddy and the staff were there for us through every step of the process. Their availability and willingness to talk with us helped get us through the days leading up to the surgery, the hours it took to perform the surgery, and the initial days of recovery – especially in the intensive care unit.”

In just three and one half days, Pete was ready to go home.

The hospital staff left a lasting impression on Pete and Mary, from the anesthesiology team to the nursing staff. They especially remember the nurses in the intensive care unit.

“Without their caring and very rigorous approach to post-surgical care, much of what Dr. Reddy had accomplished could easily have been undone,” Pete said. “They were instrumental in their initial contact with Mary, to instill a sense of confidence that was carried through to the day when I went home.”

Just two weeks after going home, Pete was back to his normal routine and is now keeping active with exercise. He will continue follow-up care with a local cardiologist.

Pete and Mary believe that having a positive attitude, being an educated patient, and having a supportive physician were key to helping them mentally prepare for a major surgery like this. They are appreciative for the time and care Reddy and his staff provided them, as well as how the hospital’s support staff assisted Reddy’s surgical team.

Pete said that as a patient, they even made his surgery seem routine.

“As I think back on the multitudes of things that could have gone wrong, I feel blessed that I was in their care,” said Pete. “If in the future, surgery will be required, TriStar Centennial Medical Center will be the only facility where I would care to have it done.” 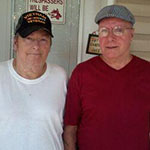 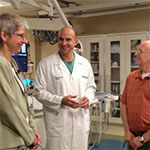 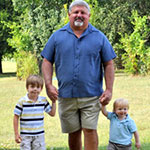 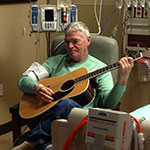 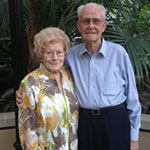 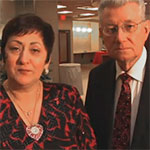 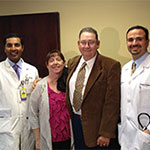 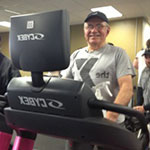 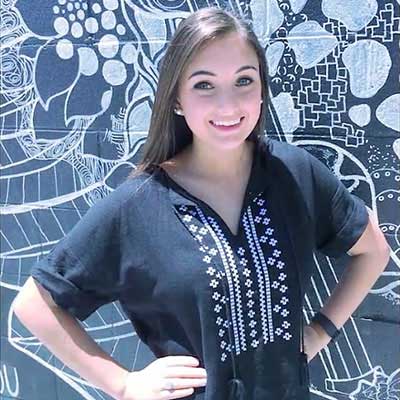 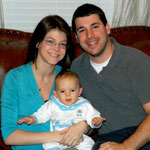